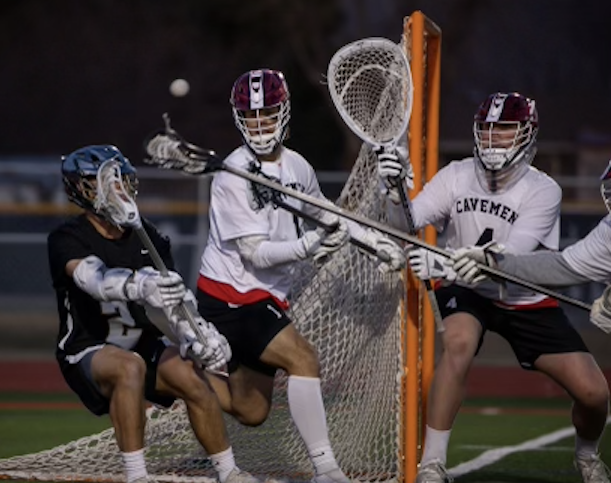 Those, my Cavemen, are the makings of an outstanding rivalry game, and it’s what American Fork provided in a 9-5 nail-biting win over Lone Peak on Tuesday night.

“The boys just really came together for this one,” A.F. junior defender McKay Lock said after his stellar showing. “It was so crazy, all around as a defense, as an offense, I just think our effort and energy overall has just been through the roof. It’s so sick to see the boys just loving it and get some wins.” 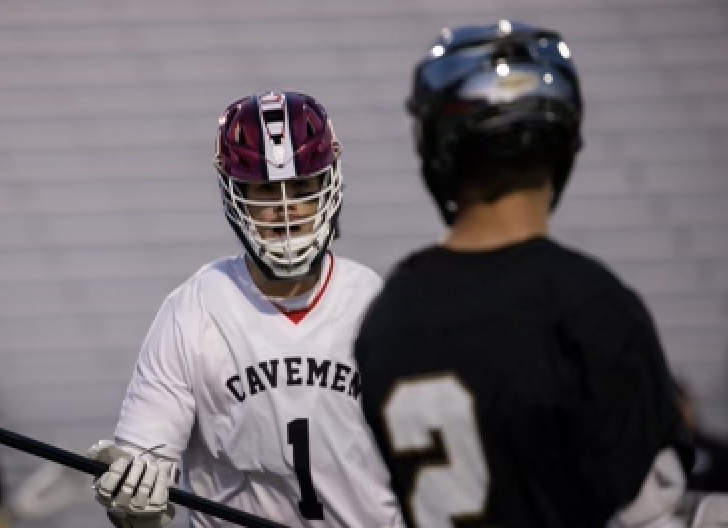 Since learning a lesson in a loss against Timpview, the Cavemen have now won three games in a row — and this win over their northern neighbors set the stage for what should be an exciting Region 4 campaign.

Nobody had a sweeter night than Oswald, who led the scoring attack with five goals while Lock and goalie Fisher Card spearheaded a defensive masterpiece.

“I just had to step up and put stuff in the back of the net,” Oswald said. “We played good as a team, I thought, towards the end.”

These two northern Utah County teams have had emotional, hot-blooded and competitive duels since breaking apart from each other about a decade ago in the club scene. Their first matchup as UHSAA sanctioned Class 6A squads in Region 4 was no different, making the result all the sweeter — or sourer.

The Knights were the ones who got off to a sweet start, scoring back-to-back goals by Josh Bentley and Garrett Haas in a lightning-quick eight-second span in the first quarter for a 2-0 lead.

If you’ve been following prep lacrosse this spring, you figured that was just the beginning of a long night of scoring for Haas. The highly touted Ohio State-bound transfer came in with a state-best 35 goals in just five games. 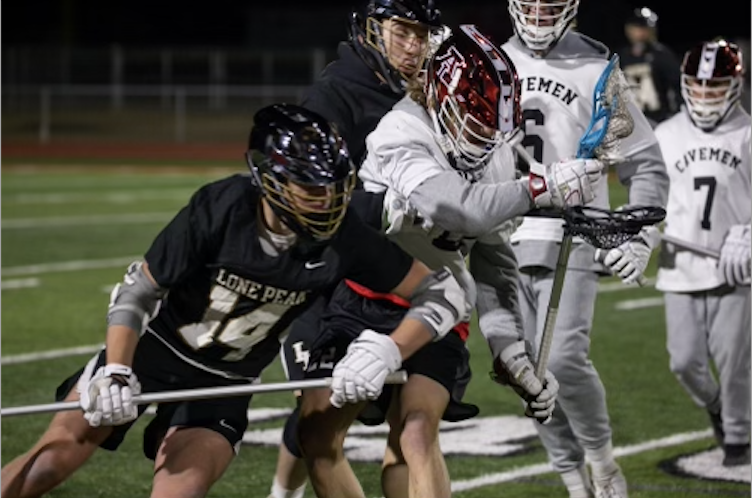 But that scoring spurt only proved to fire up the home team — and especially Oswald, a guy who catches opponents off-guard because he plays twice his size. The junior attacker fired in two goals late in the first quarter to neutralize the score.

Luke Tucker put Lone Peak up at the half 3-2 with the only goal of the second quarter.

The Knights had the lead, but the Cavemen had established the foundation for the victory — solid defense, especially by junior McKay Lock on Haas, and standout goaltending from Card, who had six first-half saves and was just getting warmed up.

The second half featured some fierce competition, but the results mostly went the Cavemen’s way.

Harry Lisonbee tied things up at three with a score, which began with defensive fireworks on the other side by LSM Taylor Bezzant and defenseman Ethan Genessy.

Tucker answered with this second goal for Lone Peak, but it didn’t take long for Garrison Grimes to knot the score up at 4-4 with his first of his two goals.

Oswald provided one of the highlights of the game by hounding Lone Peak’s goalie, tapping down his attempted outlet pass, picking up the ball and quickly scurrying over to get another goal and a 5-4 A.F. lead. Oswald wasn’t done putting the ball between the pipes, either.

“Oh my goodness,” Lock said, smiling when asked about Oswald’s big night. “I’m so proud of that kid. He had a helluva game.”

Haas, a shifty player with mad stick skills, made his presence known again near the end of the third quarter for his second goal. Remarkably, that was all the damage he was able to do on the night thanks to Lock and Card.

The Cavemen played an incredible fourth quarter, with Oswald getting things going offensively early on with this fourth goal off of a nice assist from Austin Vitkauskas (two assists). 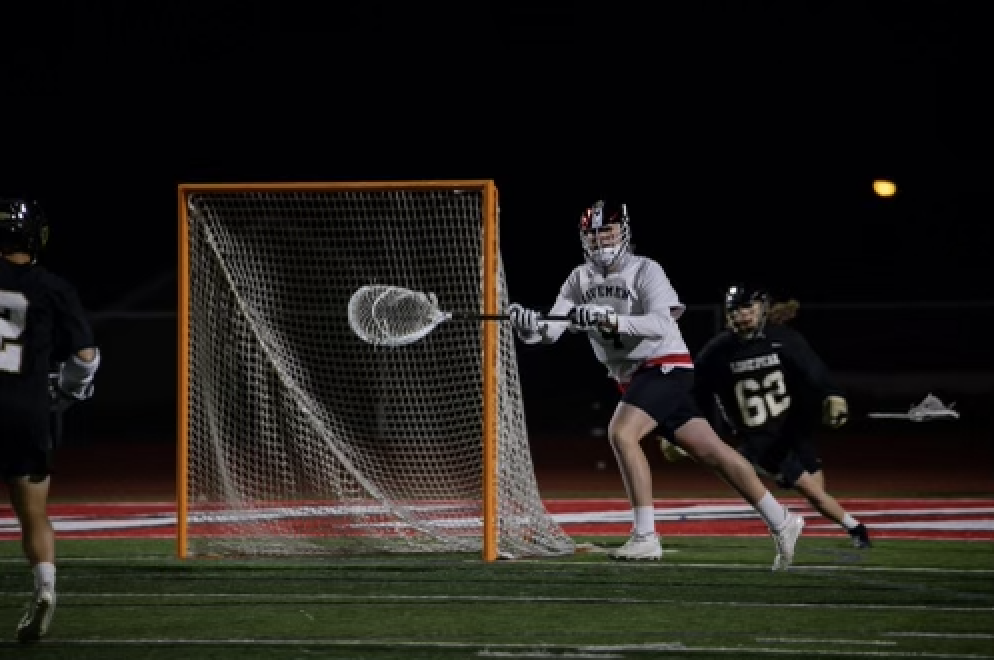 Noah Fisher then gave the Cavemen their largest lead to that point with a Lisonbee-assisted goal with 9:44 remaining.

The rest of the game included stifling play by the Cavemen D — led by Lock, but also featuring strong play by Gregory Dobson, Bezzant and Genessy — and superior goaltending from Card. The Knights fired off 10 shots in the fourth quarter, but all were returned to sender by Card.

The defense was especially impressive during a two-minute man-down situation late in the fourth quarter. Lone Peak had an extra guy, but couldn’t punch it in.

Grimes and Oswald each gave the A.F. side a little bit of breathing room with insurance goals.

“It’s a rival, but for us it’s just another game,” Lock said. “We’re just getting ready for Corner Canyon and showing the region what we can do.”

While the 9-0 Chargers remain the team to beat in the region and in Utah, that showdown isn’t for a few weeks. The Cavemen take to the road Thursday to play another neighbor, Pleasant Grove, and will return from spring break with games against Skyridge and Westlake before getting a first shot at No. 1 Corner Canyon. 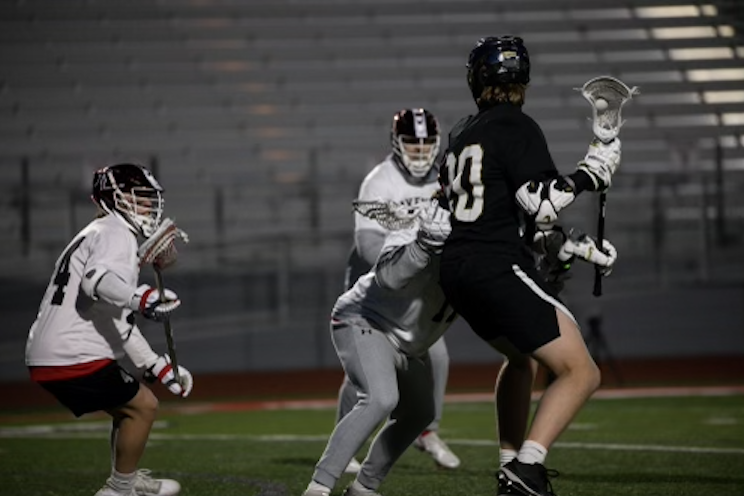