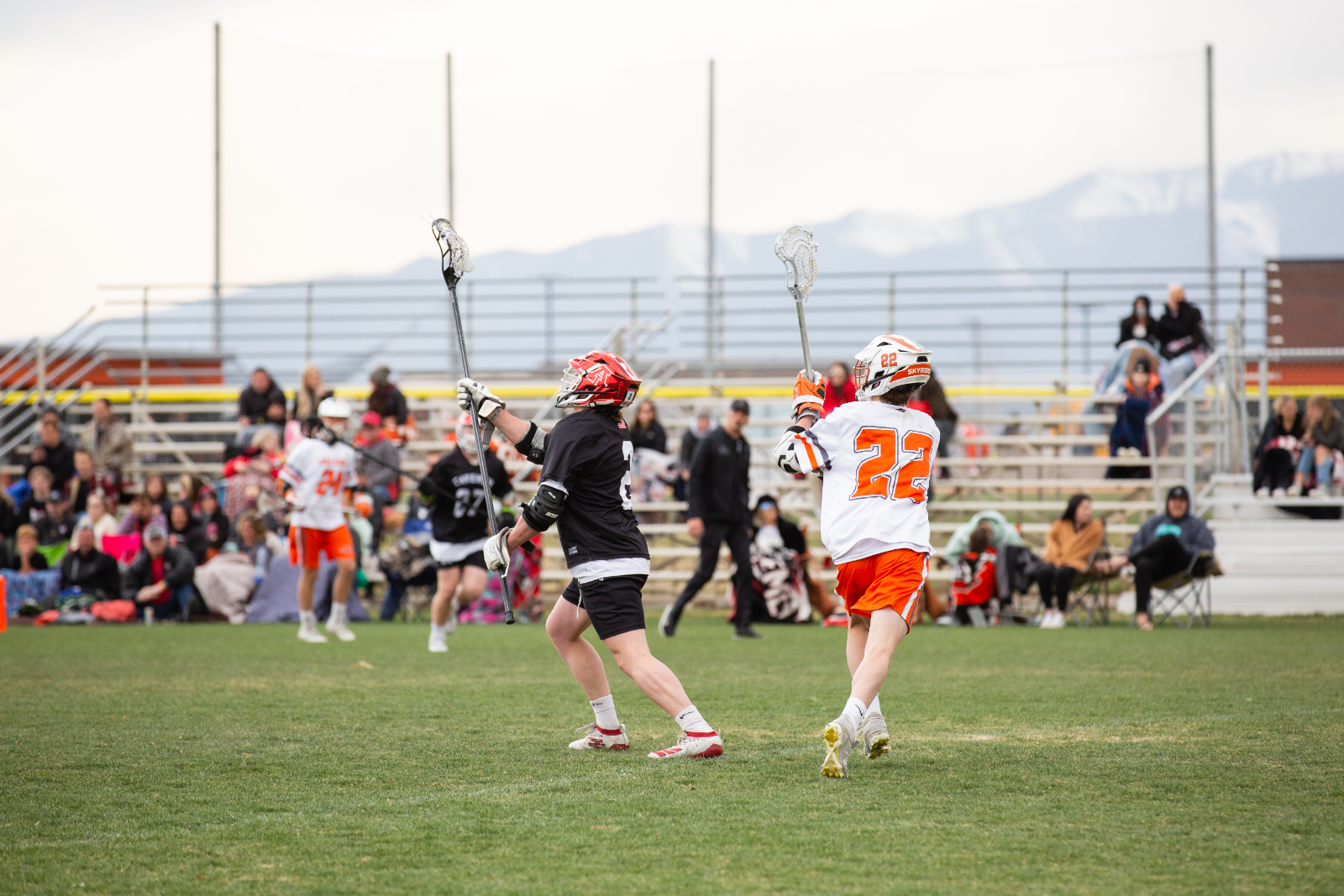 LEHI — Heading into their game at Skyridge High on Tuesday, April 13, American Fork lacrosse players weren’t quite sure how things would go after getting a week-and-a-half-long siesta during the middle of their season.

“We were a little worried coming off spring break,” AF senior defenseman Gregory Dobson said. “But I think the guys pulled together at the last minute and kind of pushed through at the end.”

If they were rusty, it didn’t show. The Cavemen quickly scored the first five goals and cruised to a 17-4 win over the Falcons on a chilly afternoon for their fifth-straight win.

“I know I wasn’t feeling it in the first half,” A.F. senior attack Harry Lisonbee said. “I was feeling exhausted and had no energy, and something clicked in the second half.”

Lisonbee scored like he’d chugged an energy drink at halftime, blasting in four goals in the second half to secure the victory for the Cavemen.

But that quick start helped A.F. set the tone.

Garrison Grimes scored the first of his three goals just one minute and 10 seconds into the game. It only took 73 more seconds for junior middie Austin Vitkauskas to put the visitors up 2-0.

Senior middie Austin Lott, junior middie Daxton Rykert and senior middie Ashton Matheny each took turns scoring the rest of the first quarter before Skyridge found the back of the net for the first time.

A sixth different Caveman, junior attack Camden Oswald, scored in the second quarter after the Falcons cut the lead to 5-2. Matheny and Noah Fisher added goals just before halftime to boost A.F.’s lead to 8-2, with seven different goal scorers. 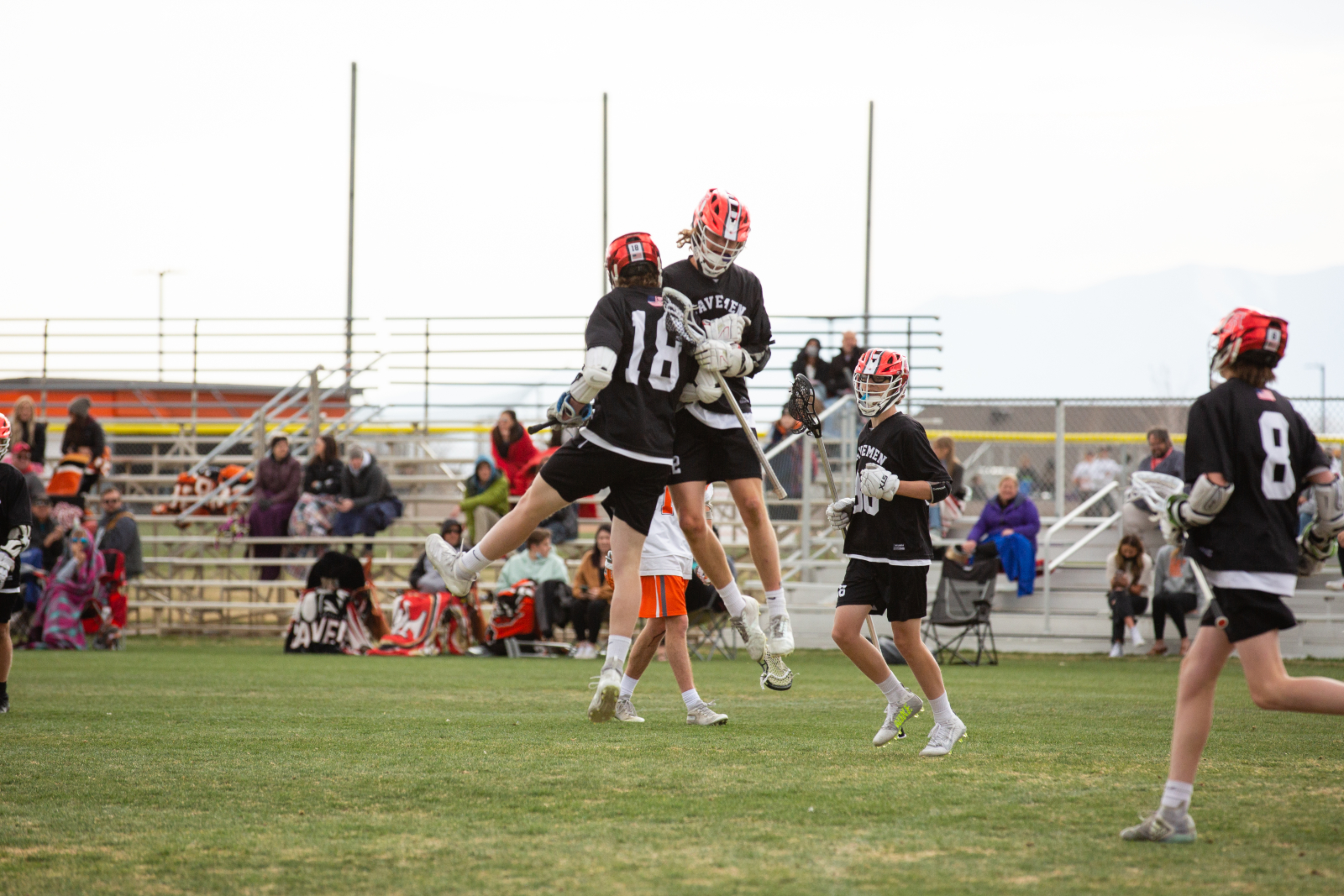 “I like that about our team. When you look at our stats, our goals always come from a bunch of people,” Lisonbee said. “I think we got off to a good start. Things got busy toward the half, but we picked it back up.”

Similar to the first half, Grimes unleashed a wicked shot for a quick goal to open the second half — only 32 seconds in — and the lopsided win was on.

Oswald scored his second goal in the third quarter, Lisonbee caught on fire to scorch the nets four times while junior middie Micah Belliston, Grimes and Matheny finished off a six-goal spree.

“Once the offense kind of gets in their groove, they’re kind of unstoppable,” Dobson said.

The defense, meanwhile, only allowed one goal per quarter, never giving Skyridge a chance to gain momentum. Noah Fisher and Preston Barratt split time in goal, with Barratt turning away seven shots.

“I think we are pretty good,” said Dobson of A.F’s defense. “I think we have room to improve, but we got work done.”

Considering the long break, that’s all that could be asked.