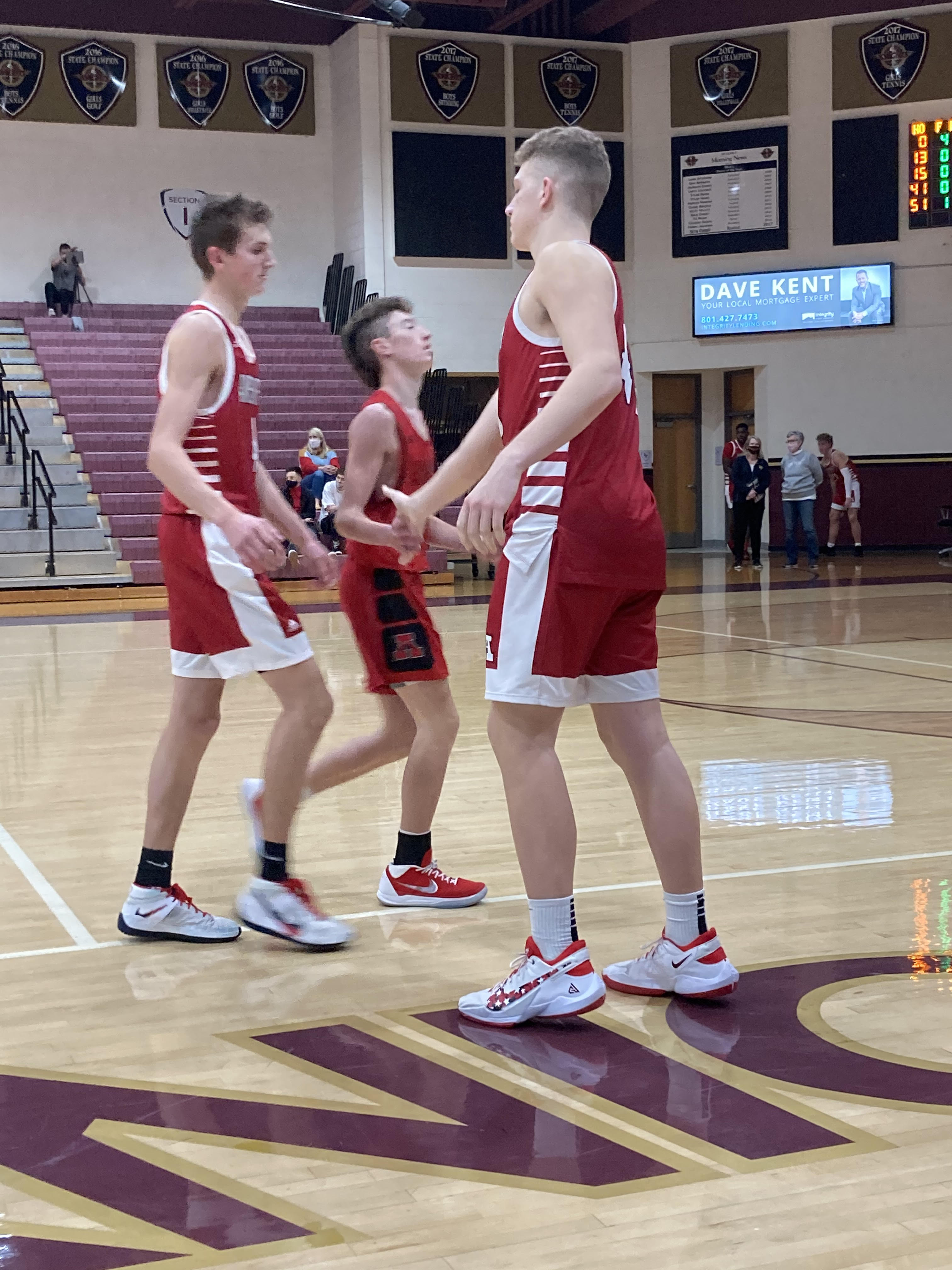 At Lone Peak, the American Fork JV boys fell to Lone Peak for the second time this season. The game was tied at the end of the first quarter and American Fork trailed 31-36 at halftime. However, the Knights outscored the Cavemen 40 -25 in the second half to claim the 20 point victory.

Jaxon Durrant led the Cavemen in scoring with 10 points. Jared Shepherd and Aaron Dunne contributed 9 each, and Luke Birkeland scored 8.