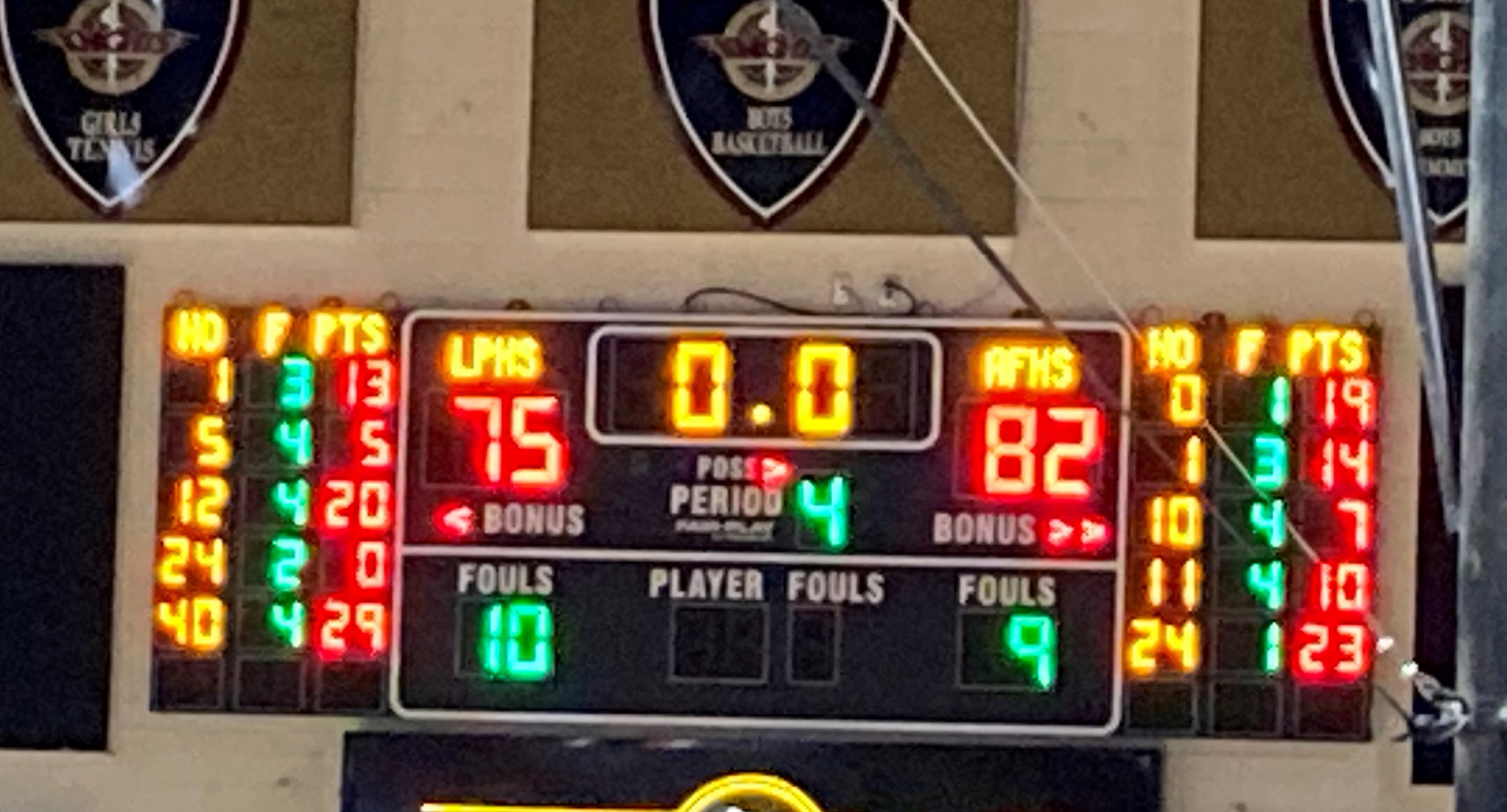 At Lone Peak, in a region rivalry game, American Fork was outscored by Lone Peak 23-9 in the first quarter. The Cavemen battled back to score 73 points to the Knights 52 in the final 3 quarters.

Lone Peak had the lead for all of the first half and through half of the 3rd quarter until Evan Young hit a three point shot to give the Cavemen a 41-39 advantage. The Cavemen led 57-55 at the beginning of the 4th quarter and held on to claim a 7 point victory.

Lone Peak’s Cam Brimhall hit 8 three pointers to lead all scorers with 28 points. The Cavemen made 5 three pointers, while the Knight connected on 15.

The Cavemen improve to 15-4 entering the final week of regular season play next week.